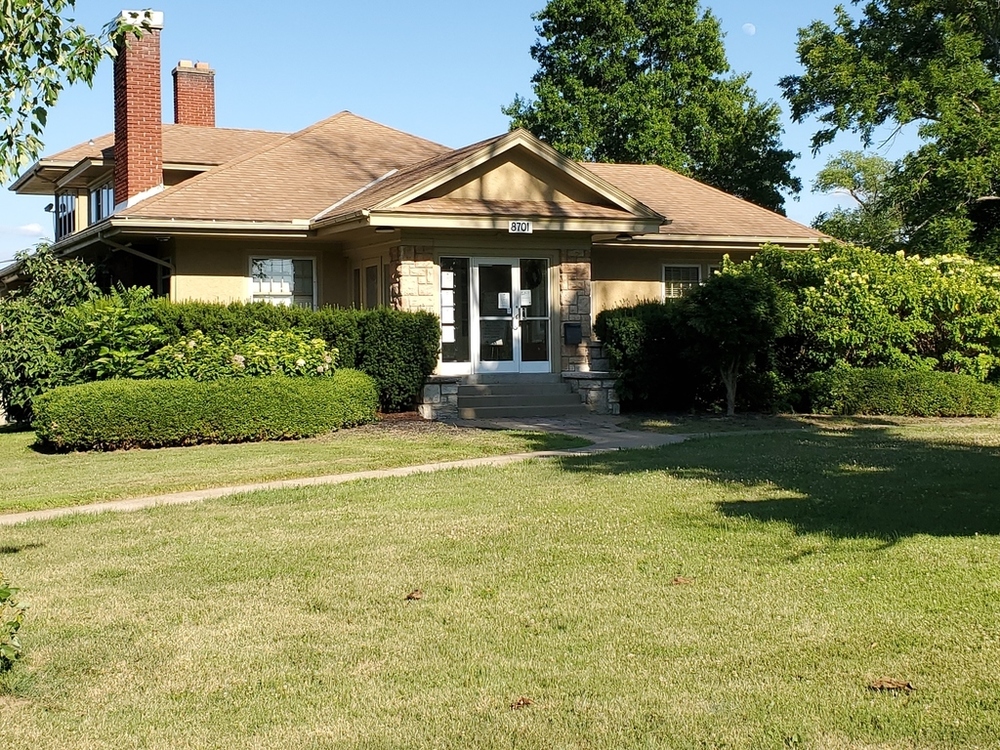 What is the future of Center's "White House"?

In 1925, a small farm house was built at what is now 8701 Holmes Road, in South Kansas City. Shortly after the construction of the current Center High School in 1963, the building was converted into an office to house the district administration for the Center School District in 1965. Since that time the building, often referred to as “the White House”, has served as one of the most unique school administration buildings in the Kansas City area.

As the building aged and the needs of the administrative office evolved, the discussion of “what to do with the White House” has been a frequent topic of discussion for at least the last 30 years each time the community has considered bond issues and investments in district infrastructure. Each time the discussion came up, the community consensus was “yes, we need to eventually do something, but right now we want to invest our money into buildings used by our teachers and students”. And so 8701 Holmes continued to house the administration.

In mid-2021, several things came together to create a sense of urgency to the conversations about the building. First, structural issues were becoming more apparent (a structural wall was starting to “bow”, the roof needed to be replaced, the basement was occasionally flooding, and several safety issues were becoming more critical). These issues created a significant financial risk to the district. If any of these were to fail, the district would be faced with the costs of an emergency relocation of staff in addition to making the longer investment to repair or replace the building. Secondly, a couple of building acquisition opportunities arose in the Center community that potentially offered the chance to find a new building well below normal market costs. The Board of Education authorized the Administration to explore the real estate options and develop recommendations.

The goals of the exploration included:

Five options were considered during the exploration process, including repairing the current building, acquisition and renovation of two different properties in the district, building a new building on current district property, and use of space in existing district buildings.

The recommendation made to the Board of Education at their regular meeting on January 24, 2022 was to renovate space in the existing building at 8434 Paseo, housing the Center Academy for Success and consolidate the administration offices with the CAS program into a single building. Reasons for the recommendation included:

After discussion and input from various stakeholders during January and February, the Board approved the recommendation at the February 28, 2022 regular session meeting.

And then floods happened….

Additional basement flooding at 8701 Holmes during spring rains in April and May made the bottom floor unusable for the 9 employees working in business operations, human resources, and data management roles. Those employees were moved to other buildings or into shared conference rooms on the second and third floors (which were not impacted by the flooding).

Plans for the renovation were modified with a goal of moving the employees directly affected by the loss of offices to the CAS building in mid-July 2022. The first phase of the move was completed by July 17. The remaining employees will move sometime this fall, with a goal of having everyone moved no later than December 31st.

Back to the future…

The next step will be to make a decision on what to do with the current building. As with the move to a new building, the focus will be to find the most cost-effective approach to best use our taxpayer dollars. We will start with an “idea gathering” phase. Several parties have already suggested ideas for reuse, which we want to explore. We are also quite open to ideas from people who have not yet had a chance to share their thoughts.

The plan is to gather ideas from the community and do preliminary research on the costs and benefits of each. This information will be shared with the community at large to get input prior to making a recommendation to the Board of Education later this year.

If YOU have an idea, please share a brief description of the idea with Rick Chambers via email to rchambers@center.k12.mo.us. Rick will follow up with questions and work with you to prepare the ideas to be shared with the community. Ideas should be submitted no later than September 15th, so that we can plan for community meetings starting in October.