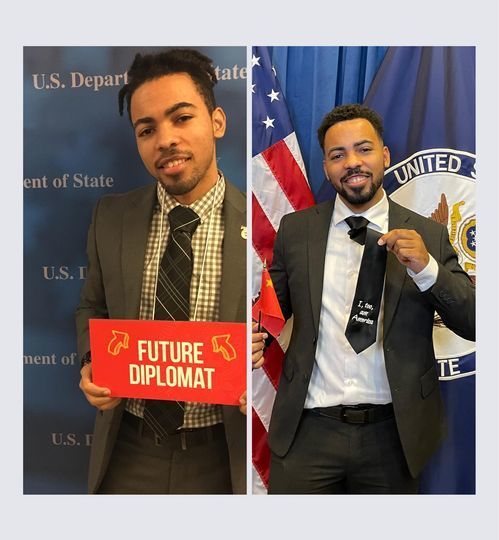 Congratulations to Erick Boone, CHS Class of 2014 on his appointment as a US diplomat at the US Embassy in Bejing, China. In Erick's own words -

"Last week, a dream came true – I officially became a U.S. diplomat. And as Secretary of State Antony Blinken led my cohort in taking the Oath of Office, I thought about what that moment meant. Of course for me, it represented the culmination of a long journey that had been filled with adversity and uncertainty. It also represented the start of a new adventure into the world of diplomacy. And yet, it stood as something more. My cohort, in all of our diversity, symbolize a slow but steady march towards ensuring that those who have been called to represent our country are, in fact, representative of our country. That the foreign audiences we work with will get a more accurate picture of what it means to “look American.” And that a Black boy from Kansas City who became the first person in his family to attend college can speak for our nation overseas. So as I prepare for my first diplomatic assignment at the U.S. Embassy in Beijing, I carry the words of Langston Hughes with me: “I, too, am America.”

This is also a good opportunity to revisit a story we wrote about Erick in the early days of the pandemic as he was graduating from Harvard University.