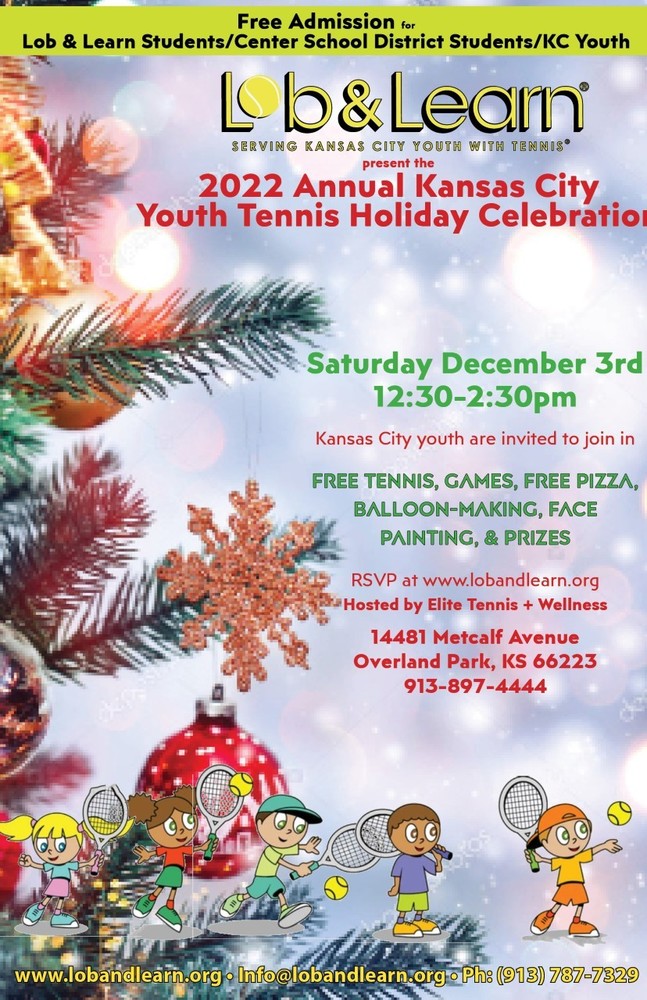 Roger Federer and Center - a connection?

Fans with even a casual interest in professional tennis are aware that Roger Federer recently played his final professional match - a doubles match where he partnered with Rafael Nadal. Very few people, however, are aware of a connection between that match and the Center School District.

The opponents in that match were Francis Tiafoe and Kansas City native Jack Sock. Jack attended Blue Valley North High School and was a state champion in Kansas. One of Jack’s coaches during high school was Center High School graduate Marc Stulz (class of 1990). Jack has continued to maintain a coaching relationship with Marc over the years and Marc attended Federer’s final match!

In 1998 Marc started Elite Squad Tennis specializing in junior tennis development. In 2010 he built the Elite Squad Tennis Club in Overland Park, KS. It is a 100,000 square foot indoor/outdoor tennis complex. Now called Elite Tennis & Wellness, the club has, from time to time, served as the home club and training facility for Olympic tennis star, Jack Sock. During those times, Marc was one of Jack’s coaches, especially when he was in high school. In four years of high school competition, Jack was undefeated in singles.

During college and after graduation, Marc was a tennis professional and coach working at several club facilities especially with the young players. Marc began to see and appreciate the lifelong lessons that he had learned and that these children were learning from participation and competition in the sport of tennis. He also recognized that this sport was not readily organized and available to the economically challenged and minority families in the Center District, Kansas City, and other metropolitan cities.

Lob & Learn was created by Marc in 2017 when Marc incorporated the organization as a 501 (c)(3) corporation to provide the resources necessary for kids and families to participate in competitive tennis. Marc formed an alliance with the Center District athletic department and used its courts to begin the program and teaching of Lob & Learn to Center students. While the Center District continues to provide the courts for the kids to use, Lob & Learn provides the coaching and training as well as the equipment free of charge to the Lob & Learn kids. A number of Center families take advantage of the program and are huge fans!

Log & Learn is sponsoring an event this weekend, on Saturday, December 3rd, to raise funds for the Lob & Learn program. Part of that program is an afternoon tennis celebration with opportunities for kids to play tennis and other fun activities at Elite Tennis in Overland Park. An evening dinner will include exhibition matches between a variety of American tennis professionals. Admission is free for Center students and their families! Go to https://www.lobandlearn.org/ for more information and to register. 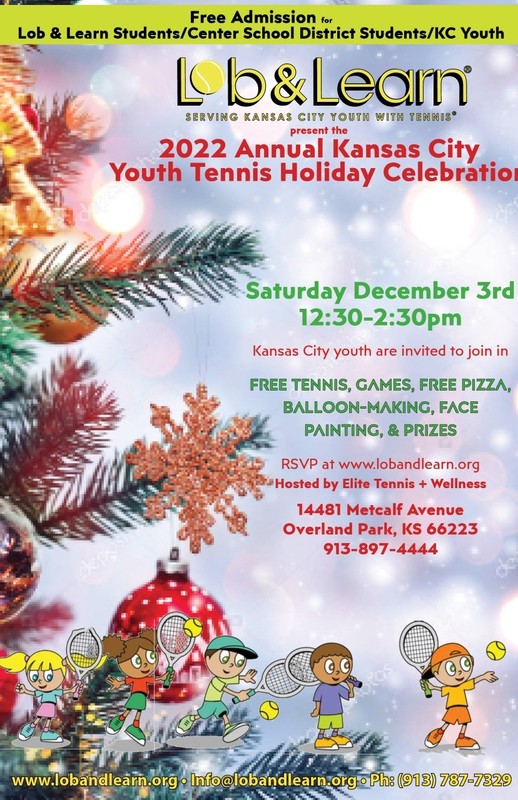