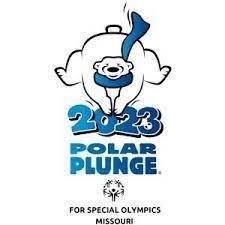 Center SGA takes a plunge for a good cause

Jumping into a near freezing lake in January in Kansas City might not seem like “fun” to most people, but for the members of the Student Government Association (SGA) at Center High School it has become an annual ritual.

The event is the Polar Plunge to raise money for Special Olympics Missouri and the tradition is that SGA members get donations from friends and family. The actual jump into the lake is considered a “celebration” of a successful fundraising campaign to support a great cause.

The SGA has been doing the Polar Plunge every year since 2005 (with one “virtual” year during Covid). They generally raise several thousand dollars each year for the Special Olympics. As of this writing, the current year total is $2,465 with several days to go!

I talked with two of the plungers, sophomore Ellie Piester and junior Anthony Clayton, about the event and why they are excited to participate. Both consider it a “fun” event (and certainly a good way to bond with their fellow students). They also really like being able to raise money for a good cause and one in which a number of Center students participate as athletes.

It’s not an easy event in which to participate. First, raising the money can be difficult as they approach friends and family members, explain what they are going and why, and then asking the big question - will you donate to my team page? Social media and family networks are the best way to spread the word.

The second hard step is actually jumping into the near-freezing water of Longview Lake on what is generally a pretty cold Saturday morning. Anthony said that the hardest part is actually getting into dry clothes afterwards, as the cold water and sand from the beach combine to make dressing a bit difficult.

As with many things, the hardest part is actually the anticipation rather than the actual action. It’s hard to summon the courage to ask for money and it’s hard to take that first step into freezing water. But, as with most things in life that are meaningful, once you take the hard step, it is totally worth it! As they say, we are Center Yellowjackets and we can do hard things!

YOU can be a part of the team (plunging optional) by contributing to one or more of the team members. Here’s the link - https://support.somo.org/team/.... Click on “members” and you’ll see everyone who is plunging. Choose one or more and make a donation!